Smartphones and software have come a long way in recent years and they are set to be developed to ever new heights, including a means of helping people to choose food and drink best suited to their health needs. 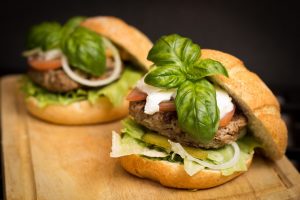 The idea is being explored by scientists at the University of the Highlands and Islands (UHI). The project is called  ‘internet of food’. It may sound a little strange at first but it’s a very plausible idea, given that many people would like to better control their food/drink intake. Protection against allergies and consuming too many calories are good examples.

Automated food scanner apps and other devices will be the core functionality of the project.  If and when realised, the project could help millions of people improve their health by being able to make better food/drink selections. Fingers crossed that the scientists are given the time and financial resources required to bring the project to fruition.

NOTE: Whilst it’s good to make better food choices for our health, it’s just as good sometimes to have the occasional treat like an ice cream! If you are looking for ice cream inspiration – how to make it or for some great ice cream sundae pictures – here is a great Facebook ice cream page.

The project is similar to the ‘internet of things’ idea, a term first coined by British entrepreneur Kevin Ashton. Ever heard of it?

Well if you want to ever control your washing machine using online tools then you might like to read about it here on Wikipedia, where else 🙂

We all know that the Internet is the fastest growing, human-driven entity that the world has ever seen. The sheer volume of websites that now reside in cyberspace is vast and has grown exponentially … END_OF_DOCUMENT_TOKEN_TO_BE_REPLACED

Most people know then when it comes to market value and brand value Apple is top of the pile. With both hardware and software to its name it's not surprising; in fact when it comes to the top 10 … END_OF_DOCUMENT_TOKEN_TO_BE_REPLACED